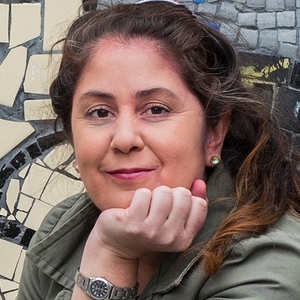 We begin with presentations, recognizing the verb forms and their differences according to the different Spanish-speaking countries. On the other hand, we exchanged about the history and geography of Spanish-speaking countries. Also introducing the ludic as a didactic method, games to recognize expressions and things, we use short videos in the Spanish language. For the development of spoken language we use songs and for those who like poetry, we also use them. In addition to all this, while we learn Spanish, because I do not release all the doubts that may arise in the field of biology and chemistry if necessary. Taking also current topics we can learn in Spanish: what is the mechanism of action of vaccines?

My professional experience is extensive, since I have developed in various fields, as a biology I carry out research tasks, and my last works are teaching, both for students (in biology, chemistry and physico-chemistry), and for teachers with the use of ICT (Information and Communication Technologies). Currently I am giving private Spanish classes, and carrying out one of my hobbies, which is sewing.