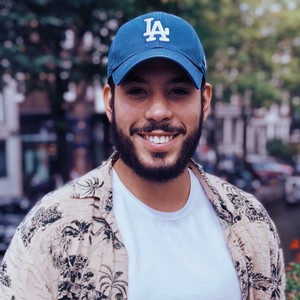 Hola! ¿Una cerveza por favor? Y la cuenta gracias! Yeah that is pretty much when I ask my friends that they study Spanish can say. I will help you out speak as a native! Vamos!

The best way to learn I have found is through understanding. If you understand the WHY something clicks in your brain, and what before could not be seen, allows you to see it forever. Whereas memorising might work for some people, understanding works for everybody. I find the right approach which is individual to help you understand the why!

I'm a Biochemist student in the last year in the Universitat Autónoma de Barcelona. I speak 5 languages, and I have lived in 4 different countries in the last 6 years. My passion is doing sport, cooking and having those conversations that make you forget about time!